This is a full biography on Franklin Pierce. It is part of our presidents series. 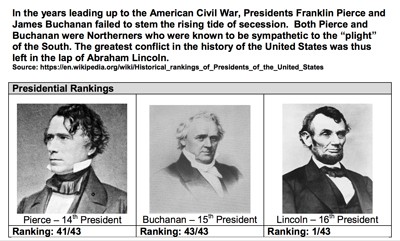 Futility Versus Immortality - The Ineffective Presidents in Office before Abraham Lincoln