This page describes the life and times of Walt Whitman. It is part of our authors series. 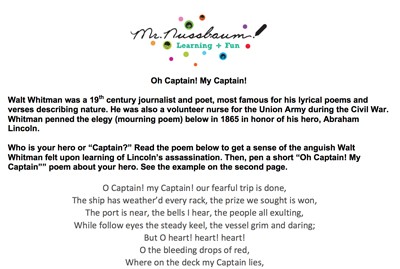 Oh Captain, My Captain! - An elegy to Abraham Lincoln by Walt Whitman