This articles explains how Boston Red Sox slugger Jim Rice saved the life of a little boy struck in the head by a line drive. 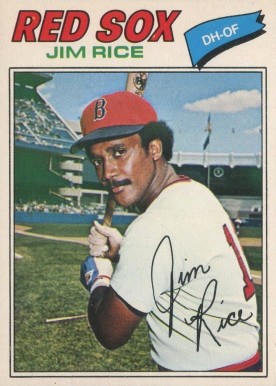 It was Just Another Great Day at the Ballpark

On August 7, 1982, Tom Keane and his sons, Jonathan and Matthew, drove from their home in New Hampshire to Fenway Park in Boston so they could watch their beloved Red Sox play. They had great seats along the first base line, with a glorious view of the park's iconic Green Monster - the famous home run-robbing, 27-foot-tall left field wall. "It was a seat that everybody would dream of when they had little kids and you wanted to get them close to the action. It was just ideal." said Tom Keane.

A Rocket Into the Stands

The game was everything they had hoped for. It was tied 2-2 in the fourth inning as Dave Stapleton, Jonathan’s favorite player on the Red Sox, came to the plate. Richard Dotson was pitching for the opposing Chicago White Sox. Stapleton saw a pitch he liked but was late with the swing, resulting in a pulsating line drive foul ball. The ball zipped into the stands so fast, that it was hard to tell where it went. Tom Keane, however, heard a sickening thud, and for a split second thought the foul ball had ricocheted off the wall of the Red Sox dugout. Then he heard a scream, saw blood flowing, and realized Jonathan had been struck in the head by the 100 + mile per hour foul ball.

Jim Rice to the Rescue

Red Sox slugger Jim Rice was one of baseball's biggest stars. The 6'2" 205-pound all-star outfielder was known for his power, his strong throwing arm, and for his bad temper, especially toward reporters. Rice, who guarded his privacy intensely, also heard the horrific thud. He reacted immediately. Rice sprinted from the dugout and leapt into the crowd. He quickly corralled the bleeding child in his arms and hustled him into the dugout where he was immediately attended to by Red Sox Physician Dr. Arthur Pappas. It was a surreal scene that took less than a minute. Jonathan, however, was in serious condition. Dr. Pappas realized he had sustained a severe injury and needed emergency surgery. Jonathan was rushed to the hospital and surgery was performed to relieve the pressure on his brain. Five days later Jonathan left the hospital. It was clear that Jim Rice's quick thinking saved his life, but doctors couldn't be sure that John would ever fully recover.

Today, Jonathan has no recollection of the foul ball, but has indeed made a full recovery. He credits Jim Rice for saving his life. "He's a hero in my mind. He is somebody that saved my life, and I thank God for him being there." In a recent interview, Rice, who works as a baseball analyst, opened up about his heroism. "I see me carrying my kid. I see me being a parent, being a father, being someone that is able to think about others. If that was my child, I would want somebody to react the same way.” Jim Rice was elected to the Major League Baseball Hall-of-Fame in 2009, in his final season of eligibility.