This page tells about the Great Gray Owl. It includes a video. It is part of our birds of prey series.

The Great Gray Owl is the largest owl found in North America . Measuring 28 inches in length, the "Gray Ghost" is actually mostly feathers and is lighter than many smaller owls. Adults weigh between 1/2 and four pounds. Females are heavier and larger than males. The Great Gray Owl is unmistakable, with a large head, conspicuous concentric rings around the face, small yellow eyes, large gray body, streaked gray underparts, small white bill, and long tail. It lacks ear tufts.

The Great Gray Owl does not build its own nest; rather, it takes over an old hawk or crow nest. Nesting occurs any time between March and May. The female typically lays four eggs, which are incubated from 4 to 5 weeks. Young owls fledge about three to four weeks after hatching and begin to fly one to two weeks later.

Small mammals such as mice, voles, and hares. It will occasionally take grouse and other small and medium-sized birds. The Great Gray Owl hunts at night and takes it prey upon silent wings. Like all owls, the Great Gray has specially adapted feathers that allow for silent flight. Owl victims cannot hear the flapping of wings. The Great Gray Owl has superb hearing and can detect movement beneath two feet of snow.

The Great Gray Owl breeds across the taiga belt in the Northern Hemisphere. In North America, the owl breeds from northern Canada and Alaska, south to the Great Lakes region and northern parts of the mountain west (such as Yellowstone National Park). In winter, some birds may be found farther south. Great Gray Owls prefer thick coniferous and mixed forests, especially near swamps or bogs.

The Great Gray Owl is uncommon, though populations are thought to be stable. Clear-cutting of boreal forests has a negative impact on these birds. 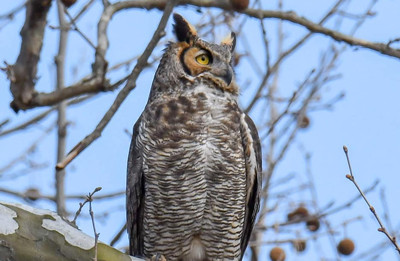 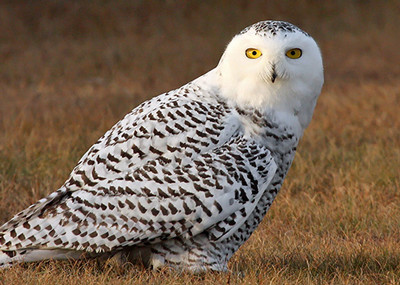 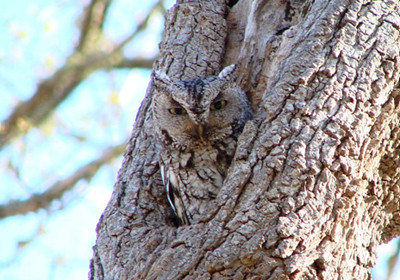 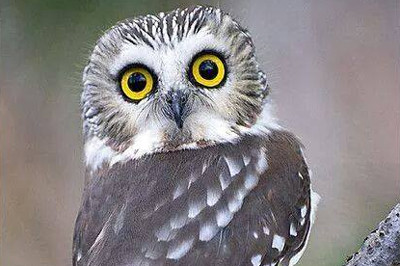 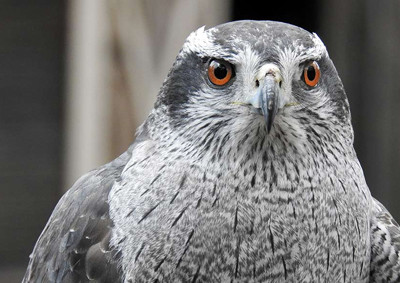 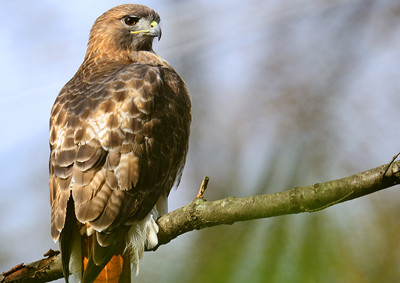 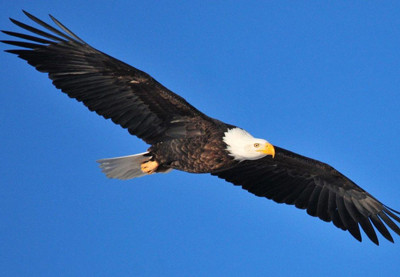 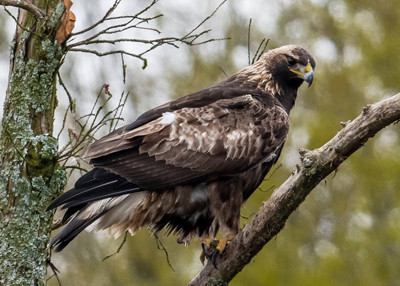