This page tells the story of the Battle of Stones River in Tennessee. 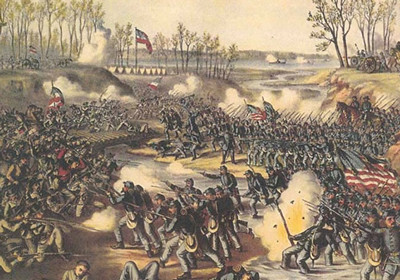