This page tells all about the battle of the Battle of Harper's Ferry - an easy Confederate victory in 1862. 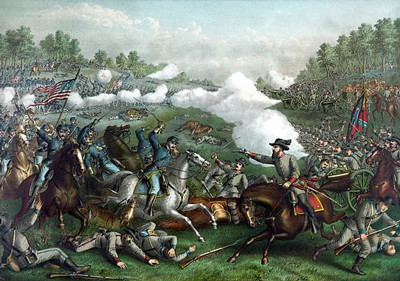